The RHS JROTC Tiger Guard is one of the five teams performing at RHS. Our Drill Team has won many awards and trophies. They strive towards excellence and perfection.

There are four different sections to our Drill Team. there is Regulation Drill,, Color Guard - both male and female, Unarmed Drill, and  Exhibition Drill.

The Regulation Drill team competes together performing sequences and routines with rifles in their hands, while marching to their leaders commands.

The Color Guard squads also compete together showing off their abilities to follow commands, and display the flags that they carry with respect and dignity. They perform their duties at many more venues than only in drill competitions, They perform at football games, parades, the Atlanta Hawks Basketball Games, funerals, and at JROTC related events such as the annual Military Ball.

Unarmed Team performs the same routines and sequences related to the  Regualtion Drill  except  they do not carry rifles in their hands. These teams showcase their abilities to give and follow commands, remain in sync with their fellow cadets, and showcase their skills in marching.

Exhibition Drill consists of solo or duo teams showcasing the routines and sequences that they have created . 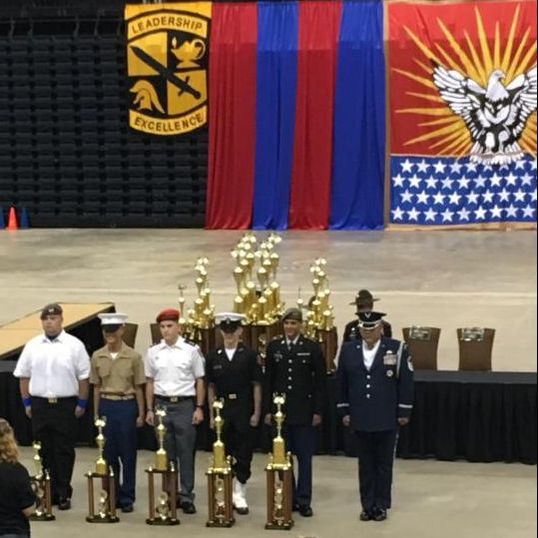